Bringing Imaginary Worlds To Life Through Graphic Designing & Games Development: Meet The Guy Behind It, Majd 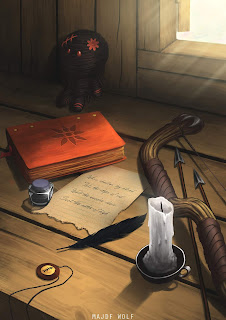 RiddleStorytelling and imagination are interconnected and the way we grow influences our imagination greatly. We end up translating our imagination in many forms and ways. It can be through photography, writing, or video games. I came across a graphic designer and games developer named Majd and his style attracted me right away and with time, we became friends and his style is so unique and I knew I need to highlight him in an article.

Majd comes from a typical Libyan family, his mother is an accountant and his father is an artist. He has been into this field and journey because he has been interested in imaginary worlds and, specifically, video games. He is the kind of people who values family a lot.

He is very much into video games and designing. He used to draw occasionally. He enjoyed creating imaginary worlds. Ever since he was 10 years old, he did this and after that he got into video games, around the period of 2001/2002/2003, he finally decided to develop in this field. He started with art, just experimenting with everything and he has been in love with it and it became his dream job. He has been drawing characters.
He has always wanted his own unique style and he still feels that he hasn't reach it yet. ''the last thing you acquire is the style''  - Majd describing his idea of style in this field. An important part of his journey is that he is learning from other artists and the mistakes they made which helped him get better. He is inspired by many artists but if he could choose one, that would be the American artist Noah Bradley. He is the most influential artist for Majd. He has followed his progress for over 10 years. In terms of game developing, he was around 17 when he realized that he can start with art then get in projects with other people online and see the process of development. He found a modification where you have an existing game and you begin to edit the game and add things so he started from there. Six years ago, he developed his own game and learned coding, programming, and video editing. 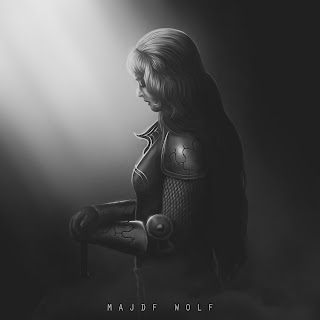 He has done plenty of small games. He is now working on the bigger version of a riddle game he created in the past. It has 3D details and engineering in every possible way. He learned from development how to tell a story, it is the best place to form a complex pieces of art. It is then formed up in the shape of a video game. You can get very emotional and it can totally affect you, for example, the last of us, it is like triple a game and it is the mainstream media. 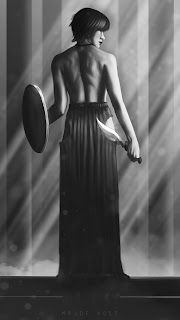 His favourite work is the one that he spent a long time on and it was a piece of painting. though it is very old but he likes it the most. It was a milestone for him. It is called ''Riddle'' and it is part of a big story and it starts with a riddle (It is the header piece of this article above). The best advice he can give, make time and give it patience and dedication and that we can make it. Also, do not waste your time, find the thing that does not make you bored. always find time to do things no matter how small it is, it will make all the different. Learn new things and it is one of the purposes we are here for in this world. This time is the golden age of doing things since we have the means to do so and we have endless resources to learn anything and everything.

Interviewing Majd has been amazing and knowing his story behind graphic designing and games development is mind blowing and inspiring. He is so down to earth and so easy to talk to. His journey is very inspiring and I encourage you to follow his work. Many thanks to Maj for making this article come to life and I cannot wait to see more of his work in the future.
You can follow his work on Instagram: majdulf
Also, you can follow him on Art Station majdfwolf
You can download his text based game for windows on https://majdfwolf.itch.io/rettend-file-1