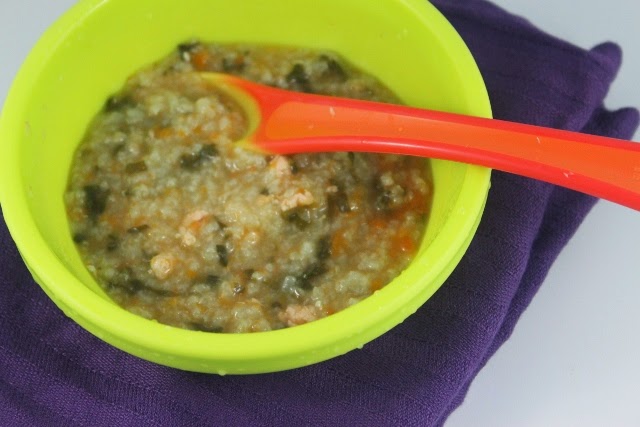 Most asian families introduce congee to their babies at an early age. It's comforting and filling. Most of all, congee absorbs nutrition from meat or fish through its stock.

We, however, waited a little. Asher started solids at around 5.5 months/6 months. His first food? Mashed up avocado with breast milk. I was surprised as he took to it so quickly. Then it was banana which he disliked (texture perhaps?) and apple which he also didn't like (too sour?). When we travelled back to KL/SG, he tasted sweet potato (japanese variety too! lucky baby), pumpkin, carrot, papaya, pear and....even durian! As his system got used to food, we decided to introduce congee to him at 7 months. 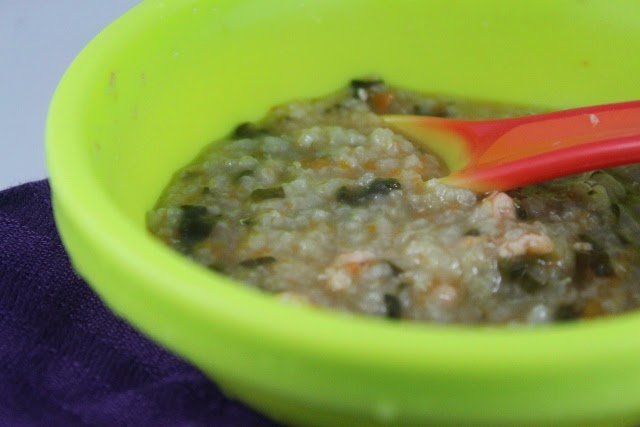 Why? Well, I truly believe that it is harder to digest rice and wheat than vegetables and fruits. For a delicate baby system, it just seems that the right time to introduce congee to him is when he is actually starting to enjoy his solids and ready for a bigger meal. His first congee was threadfin carrot and spinach and he ate it up real quick! I could tell he really enjoyed it. 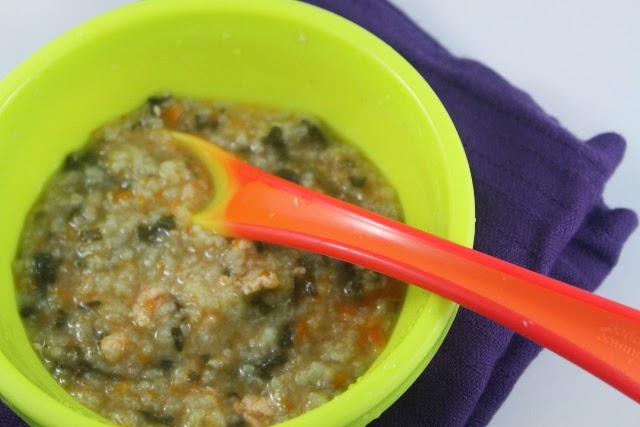 At the moment, he has congee a few times a week. His favourite would be spinach and carrot with salmon- a combination that seems to work well. As for me? I'm just pleased that he is a good eater.

Placed rice and water into a rice cooker. Simmer and cook congee for 1 hour or so. About 20 minutes before serving, place spinach, carrot and salmon in porridge. Just before serving, mashed salmon up making sure there are no bones.