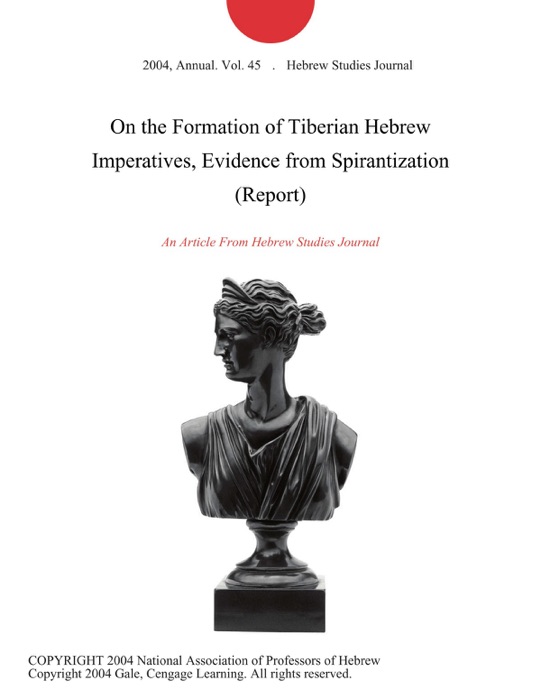 This paper argues that imperatives in Tiberian Hebrew are not derived by truncation, but rather by a root-and-pattern association. The argument is based on spirantization, which behaves irregularly in truncated words, but not in imperatives. Tiberian Hebrew spirantization is a well-studied phenomenon within the phonology of the language, due to the fact that the generalizations associated with it are violated in so many instances. In Tiberian Hebrew, stops and spirants (fricatives) are in complementary distribution: spirants appear post-vocalically, and stops appear elsewhere. There are two main groups of exceptions to this generalization, both of which contribute to surface opacity of the rule. One is the plural segolates that involves cases in which spirantization is triggered by a so-called vowel that does not appear in the surface form and yields a post-consonantal spirant. The other class of exceptions to the canonical pattern is the truncated jussive and 2fs perfect stems. The purpose of this paper is to use these observations to determine the word formation of the imperative.