The Memory Of War Is Still Alive 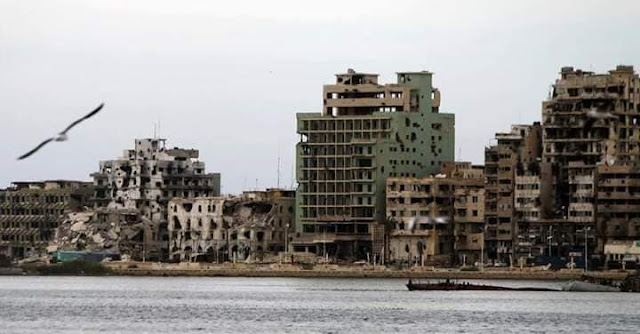 https://www.facebook.com/photo.php?fbid=2283806911875233&set=pcb.2283807005208557&type=3&theaterWhen we think of war, we immediately connect it with loss, grief, and sadness. It is part of the world’s history; it is both gain and loss. One party will win while another will loose and the loss in itself can be in many forms. Emotional, physical, and social damage/loss. There isn’t a war out there that was forgotten, what we learn from them is plenty and shall always be remembered. The idea of war to me was too vague and it was always connected with the past. It is what I read in history books or what I heard from my father and grandfather. I have always considered it as a far away idea. Even when it sounded real but I couldn’t comprehend it because it felt surreal. The idea of death and combat to prove a point was ridiculous. I never thought even in a million years that I will witness it myself and hear the sound of missiles and bombing over my head. That death was around the corner and I didn’t know if I was able to dodge bullets, however, every single time, I managed to dodge them and I got a second chance to live the life I have always wanted to live. The peaceful part of it at least.
We all lose in war whether we were involved in it or not. We lose the chance to live life and enjoy it. We lose loved ones and we lose those whom we wished to meet one day. We will find ourselves looking for a way out. I have always wondered how we can consider those involved in losing war heroes or martyrs. The shadow of war never left Libya since 2011 and maybe it was the end of the beginning. With every war that passed on the country, I gained fear and uncertainty of the future. I grew more worried and fear of loss was amplified. I was 18 when it first happened and I am now 25-year-old of more concern. War changed me so much and made me see life from a different lens. Nothing is taken for granted anymore and everything counts. I think that war was meant to happen so we can learn the meaning of loss and also appreciate the life we have no matter how hard or easy our situation is.
Even though I left the country a year ago but I left behind an ongoing war for power and this one though is uncertain. I am more worried now to know the unknown. Whatever end to this is a loss. None of the involved parties is doing it for Libya or the protection of citizens but it is more about sustaining power and expanding the viscous circle of greed which makes me sick to my stomach because it cannot be justified. The sound of airplanes always reminds me of the sound of military aircraft and sometimes it takes me a few seconds to realize that I am safe now. On multiple occasions, I found myself walking quickly whenever I hear an airplane thinking it is going to fire at anything. No matter how protected you think you were during the war, the side effects will come to the surface later on in life. War is traumatizing in ways we cannot imagine or describe.
The question is: Will we ever find peace?